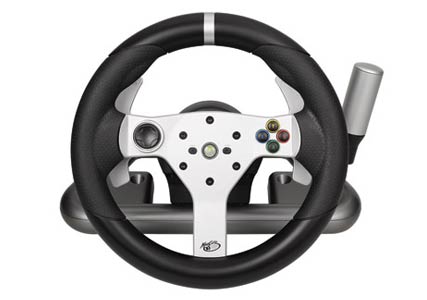 Stop trying to race cars on your xBox using the standard controller, because it makes you squirm like you are having a fit. Get a Mad Catz’ officially licensed Wireless Force Feedback Racing Wheel for Xbox 360 and race like a pro.

Drive a Lamborghini in Vegas